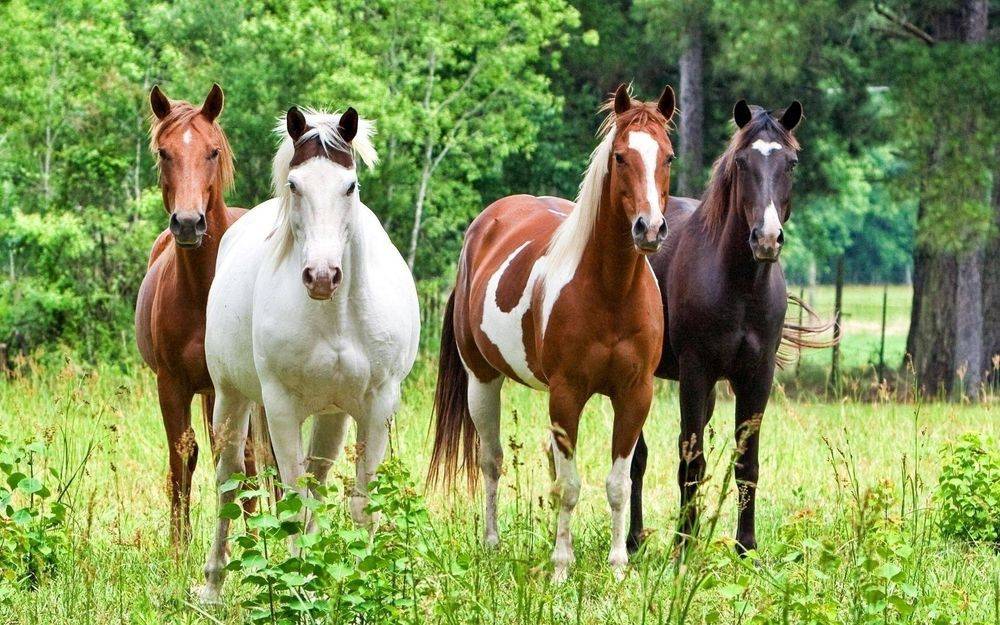 Peaceful Ridge Rescue has saved over 100 horses. Forever homes for horses can be difficult to find, however we have been successful placing our horses with loving and caring people. Below, read some of our recent success stories, and you just may be inspired to help us, or even to adopt! You CAN change the life of a horse in need.

Susan Pfister, "He came into the rescue in 2013 he had foundered really bad. He'd not had any hoof care for years. His right front foot looked like a huge club foot. He would lay down a lot because of the pain he was in. His tail and mane was very thin and he looked underweight. I really fell for him, but I already had Charlie. I asked Victor if I could get an X-ray of his foot to really see what's going on. The X-ray showed his coffin bone had dropped and he was literally walking on the tip of the bone. My vet advised me not to get him because he'd never be ridden again. I didn't want to give up on him so I asked Victor could I sponsor him and pay for his hoof care. I had more than a few farriers tell me to just put him in a field and leave him. One farrier suggested I put him down!! I decided to ask Dr. Ashley what she thought and she told me about Marianne Allen she's a barefoot trimmer who only deals with severe founder cases. It's a LONG process, I told her I don't care how long it takes or even if he can never be ridden again (she's confident he can) I love him for who he is. I love his spirit, his goofy personality, his bravery and patience. In August, 2015, Ed my hubby, adopted him for me as an anniversary gift. It was the BEST present I've ever had. Every time I'm with him he heals my soul. On bad days I look at him, especially when he runs around the arena, and I feel free and happy. I've promised him one day when his foot is 100% better he'll get to run through lovely green fields and graze just like all the other horses."

Hailee is one of our wonderful young volunteers and Kayla is also, here at Peaceful Ridge Rescue. They has been working tirelessly to help all the horses here at our ranch! They both have been with us since 2010 and they loves the horses and do all they can to make them comfortable. Spirit was one of the first horses that was rescued prior to the creation of Peaceful Ridge Rescue. He was primarily used by the original ranch as a trail horse, but was and still is very dear to all of us. Spirit was originally leased out to Kayla in the summer of 2012, who then wanted to adopt him and share him with Hailee, to teach her about horses. Today Spirit is loved by both girls, but is mainly handled by Hailee, who now has learned how to ride and has a wonderful relationship with her stubborn partner! Spirit is a calm and beautiful horse, who loves to be around kids, and is a perfect fit for Hailee who is a small girl learning the ropes of being a horse owner. Hailee and Spirit have developed a bond together through the tireless help of the Peaceful Ridge Rescue team.

Kayla is one of the wonderful volunteers here at Peaceful Ridge Rescue. She has been working tirelessly to help all the horses here at our ranch! Kayla has been with us since 2010 and she loves the horses and does all she can to make them comfortable.

Dreamer is an 8 year old OTTB. She was found in an abandoned field with another horse PRR took in named Haven. Kayla fell in love with her about a year and a half ago. She had two previous owners who adored her, but were unable to support her many food and medical expenses. She is having difficulties with her feet, they aren't perfect and it will take time to rebuild. She is doing all she can do, to help Dreamer become more comfortable. Kayla’s hope is that one day she will finally get over all her hoof problems and one day be a great trail horse or maybe even an all-around horse. This spunky mare has a very unique character and personality.

Another great adoption success story!!! Thank you to Alyssa for adopting sweet Polo. We are even more grateful that you board him here so he and Bob can stay together. He is such a great Paso Fino.

Susan, "Charlie is the first horse I've ever owned. I've always loved horses and I took some riding lessons with my daughter many years ago, but that's the extent of my horse experience. I saw an advertisement for volunteers needed at PRR and I thought it would be a good way to help horses and be around them. I started volunteering in February 2013. I told my husband how I love the horses and would like to ride again. I spoke to Laura about looking for a really lazy, slow and patient horse. I had no experience with horses at all so I didn't want anything crazy. One day she told me about Charlie who had been given up by a little girl because he was lazy and she couldn't get him to do anything...sounded perfect for me. When I first met him it wasn't love at first sight it was more like wow you're big and I'm scared already!! The thing about Charlie is he taught me everything I know about horses and he was and still is very patient with me. I think he knew I was scared, but he was very gentle with me. He has Navicular which is a disease of the navicular bone. It's very painful and when it flares up he can't be ridden. I knew no one would adopt him with his condition or if they did they'd ride him into the ground and not help his problem. I had fallen in love with him, so Charlie became my first horse. He's taught me so much. I've ridden other horses at the barn, but when I'm on Charlie it feels like home. He knows me and I know him so well. He's my first love!!"

Tall Bob is a 5yo Paso Fino gelding. Ridiculously sweet, calm, and nice under saddle. He has zero health issues and is gaining his weight back at a nice healthy pace. Neck rubs and carrots are his kryptonite.

Tenacity was part of a police seizure of OTTBs and was the youngest of the bunch. He was underweight but overall very spirited with a huge heart. John came to Peaceful Ridge Rescue to adopt a quarter horse. He saw Tenacity and they immediately liked each other. John sponsored him for a few months while the rescue trainer worked with Tenacity and John really bonded with him. He made the decision in December, 2014 and they have been enjoying each other ever since.

March 2014:Sandy adopted Shorty, a Standardbred on May 2014. She realized that Arabina was Shorty's buddy, and in June 2014 Sandy adopted her, too. As she was working in the barn, she noticed a big thoroughbred mare, named Tiffany, who always stood with her face in the corner of the stall. One day, as Sandy stood with her back to Tiffany, the big horse put her big head on Sandy's shoulder. From that time on there was a bond. Sandy adopted her third senior horse, Tiffany in October 2014!

After Sandy adopted them, the three horses started looking amazing and healthy! Sandy Piacente is a horse adopter, PRR's Website designer, Board member and volunteer. She has been working, tirelessly, to help all the horses here at our ranch! Sandy has been with us since March 2014 and is an experienced horse listener who likes to work with difficult horses.

Always report abuse, cruelty or neglect of any animal to authorities or your local rescue.